Dr. Fauci and his wife, Christine Grady, are damn heroes 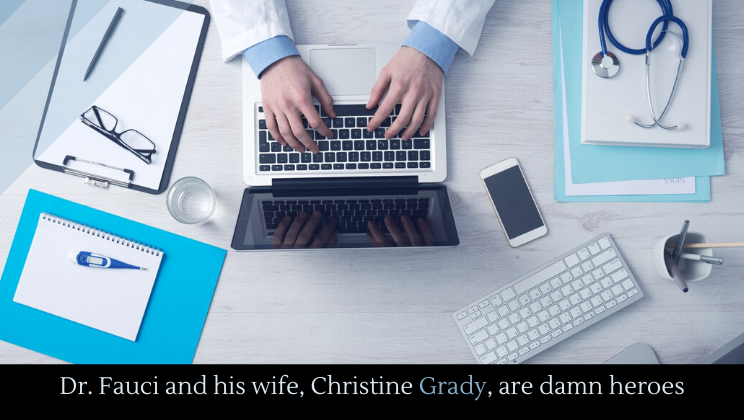 Dr. Fauci, the man leading the U.S. response to the COVID crisis, works 19 or 20 hour days regularly. His wife, a nurse bioethicist, reminds him to eat, drink, and try to steal a nap.

Whatever your thoughts on Trump and his administration’s handling of the COVID crisis (which, polls show, are probably negative), it’s important to celebrate Dr. Fauci’s efforts.