Elizabeth Warren has dropped out of the primary race 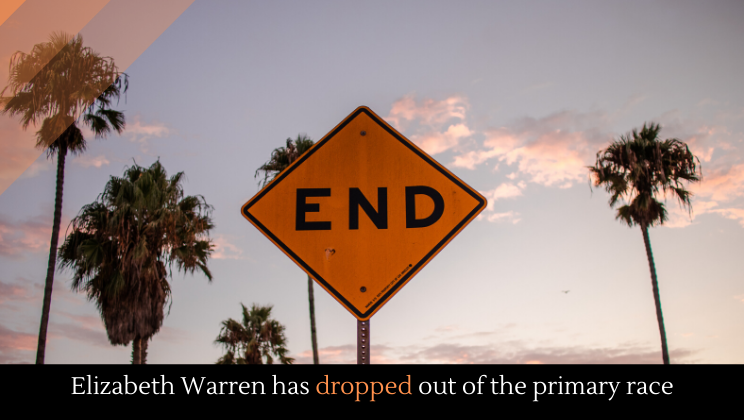 Elizabeth Warren, once a potential front-runner in the US primary race, has dropped out after a disappointing Super Tuesday showing. Warren was the last of the frontrunners to leave the pool.

Mike Bloomberg also dropped out of the presidential primary, endorsing Joe Biden. His brief campaign cost him (him personally) a whopping $550 million.

Amy Klobuchar also ended her presidential primary bid just before Super Tuesday. Like her main rival, Pete Buttigieg, she hoped to secure the moderate vote. Joe Biden’s big South Carolina win dashed those hopes. Bloomberg had to give up after the crushing super Tuesday defeat.