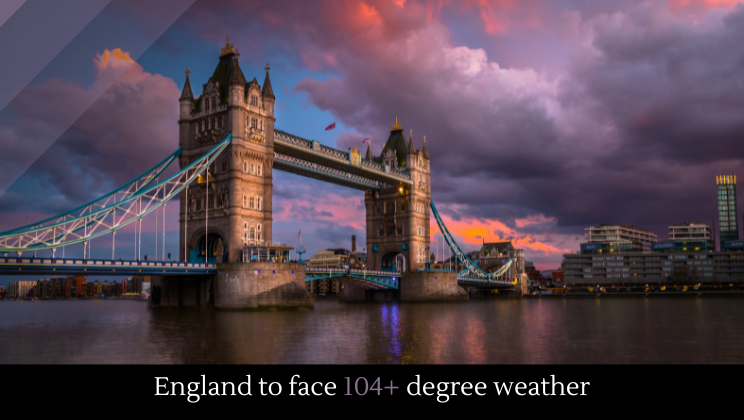 England is preparing for a heatwave unlike any they have faced before, with temperatures up to 104º—something scientists did not expect to see until 2050.