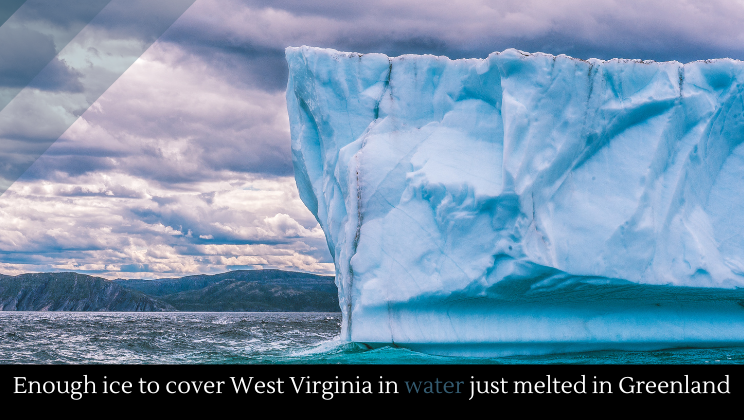 Ice in Greenland is melting at an alarming rate—in fact, last week, enough melted to cover West Virginia in water.

The United Kingdom saw temperatures of more than 104ºF (or 40.2ºC) for the first time ever.

England has been preparing for the heatwave —something scientists did not expect to see until 2050.