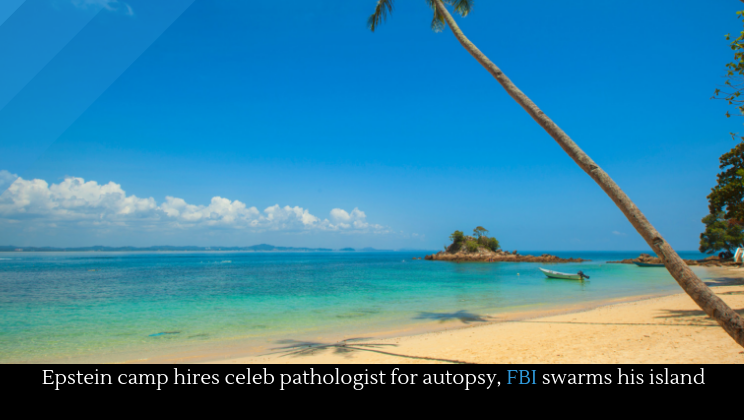 Even after death, the story of Jeffery Epstein gets weirder and more intriguing. Epstein’s representatives have hired Michael Baden, a pathologist for famous deaths, to do his own autopsy. If it’s proven that Epstein died by his own hand, then his estate can sue the state.

While all this was going on, the FBI initiated a raid on Epstein’s private island. On the island, Epstein allegedly hosted a variety of underaged girls. The FBI was investigating Epstein’s sex trafficking ring.

Weeks later, lawyers announced that there will be a whopping one-million pages of evidence. Weeks after that, Virginia Giuffre claimed that Jeffrey Epstein, Ghislaine Maxwell, and a number of powerful men were all involved in a sex trafficking ring that ensnared her. The men include former New Mexico Gov. Bill Richardson, Britain’s Prince Andrew, Glenn Dublin, former Senator George Mitchell, fomer MIT scientist Marvin Minsky, modeling agent Jean-Luc Brunel, as well as other international political leaders.

Denizens of the internet (particularly Twitter and Reddit) are of one mind about the suicide: that it was orchestrated to keep Epstein from publicly implicating powerful people involved in his alleged sex-ring. That, according to one New York Times author, proves how broken our information system is. William Barr has announced that he is opening an investigation into Epstein’s death.