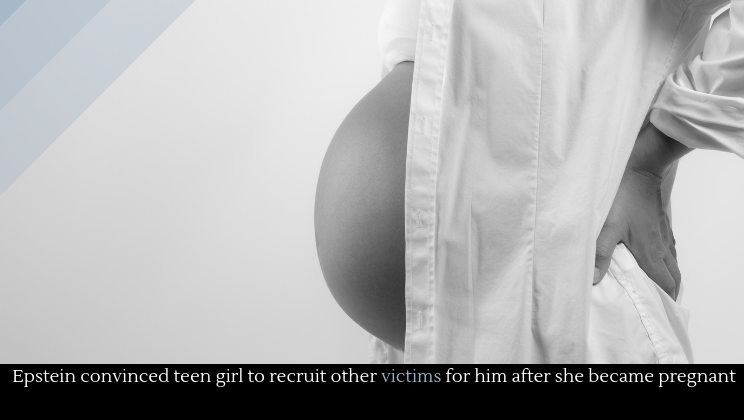 One of Jeffrey Epstein’s alleged victims claims to have recruited dozens of underage girls for him after she became pregnant. Epstein, she claimed, was not sexually interested in women (or girls) who had given birth. Epstein rewarded her for every girl he was brought.

It may be easy to blame the girl for bringing more victims, but she was alleged abused by Epstein more than 50 times. She was clearly very traumatized. She provided Epstein with a network of young girls, and apparently Epstein liked them young. An air traffic controller told the U.S. Marshals Service that she watched Jeffrey Epstein disembark from his plane accompanied by girls as young as 11 on two separate occasions. Though this event occurred in Summer and Fall of 2018, we are only hearing about it now thanks to a Freedom of Information Act request.