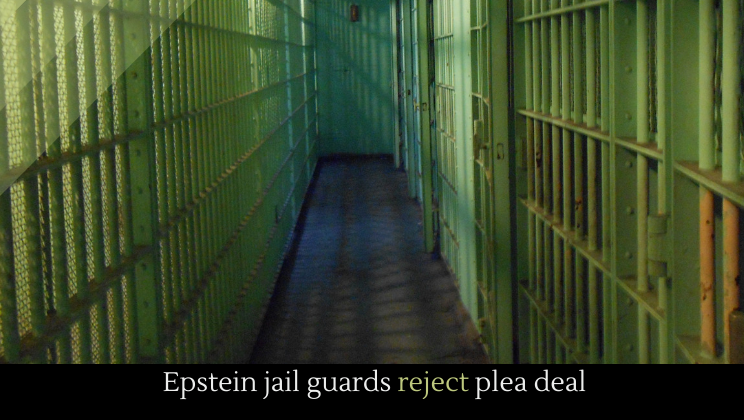 Federal prosecutors offered a plea deal to two jail guards responsible for watching Jeffery Epstein the night he hanged himself. The officers rejected the deal. The existence of the deal signals that there are indeed criminal charges.