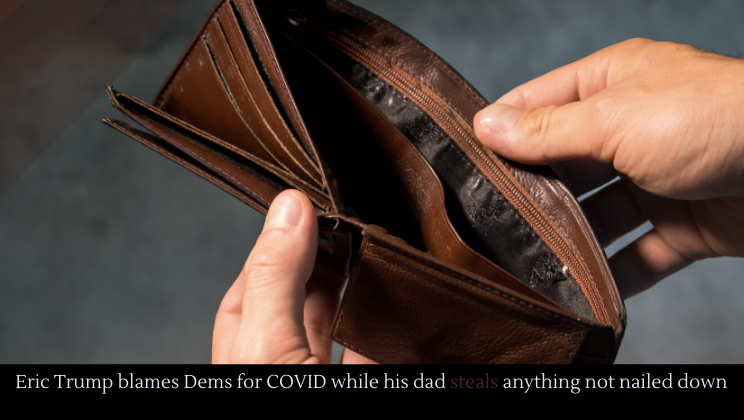 Eric Trump is blaming Democrats for so-called COVID hysteria. He asserts that after the 2020 election, COVID will “magically all of a sudden go away and disappear” and the country will reopen. It’s kind of ironic that Eric is accusing the Democrats of making political hay of COVID, meanwhile, his father and his cronies have done the following: