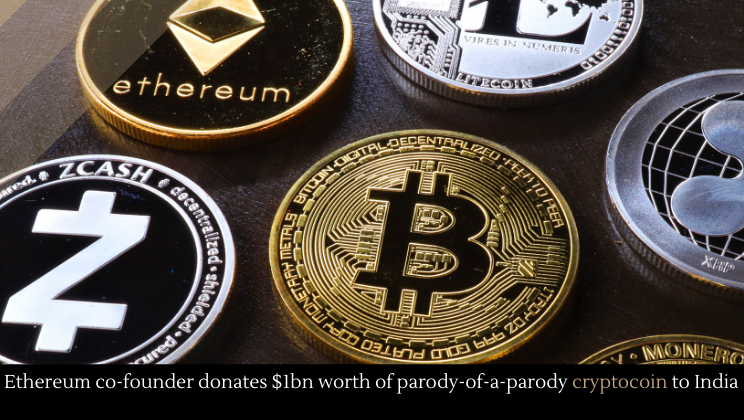 Vitalik Buterin, co-founder of Ethereum, a cryptocurrency, has donated $1bn worth of Shiba to India’s COVID efforts. Shiba is another cryptocurrency meant to compete with Dogecoin, a parody cryptocurrency.