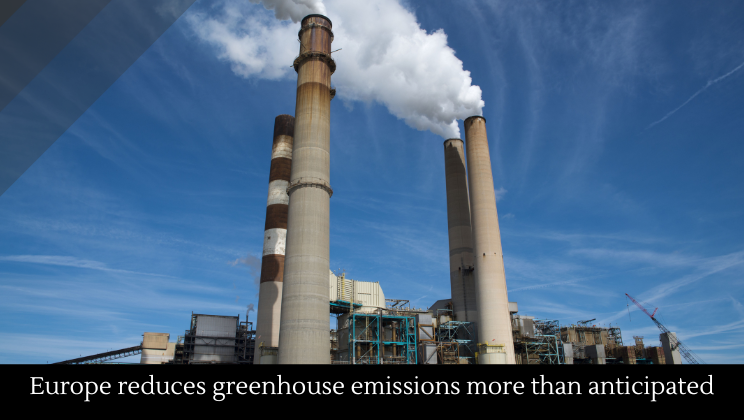 Europe has reduced its greenhouse admissions by 34% since 1990, beating the target of 20%.