Evangelical pastor urges coreligionists not to vote for Trump 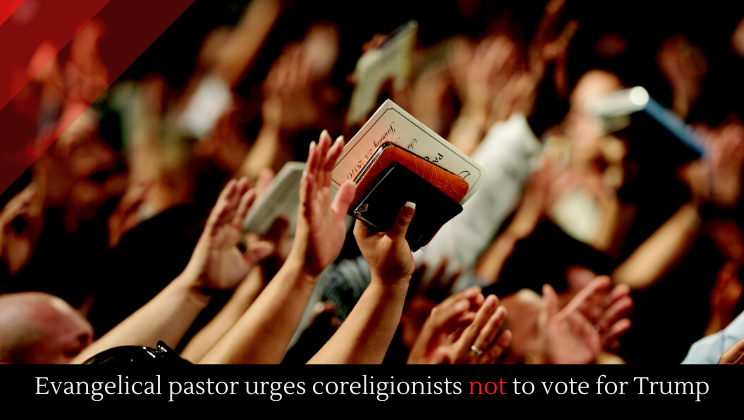 Robb Ryerse, a pastor at Vintage Fellowship in Fayetteville, Arkansas, ran for Congress as a Republican. Now, he wrote a piece for Time urging his fellow evangelicals not to vote for Trump. Ryerse doesn’t mince words:

“Trump is an anathema to everything I was taught to love about Jesus, everything I was taught about how to live out my faith. His disdain for decency, disrespect toward basic tenets of right and wrong and complete disregard for the most vulnerable among us could not be more fundamentally un-Christian. To vote for him because he sees the political expediency of supporting restrictions on abortion is a Faustian deal with the devil that is ultimately more likely to exact greater cost than reward.”

Other famous evangelicals have turned on Trump. Mark Galli, the Christianity Today editor who penned the now infamous anti-Trump article, recently gave an interview with the New York Times. In the interview, he expressed his surprise that the article gained such traction. He expressed even more surprise––and dismay––at the support Trump continues to receive from the evangelical community.

“I’ve been surprised by the ethical naïveté of the response I’m receiving to the editorial,” he said. “There does seem to be widespread ignorance — that is the best word I can come up with — of the gravity of Trump’s moral failings.”

He goes on to note that evangelicals point to the biblical King David as an example of a leader who exhibited moral failures but was nevertheless backed by God and achieved great things. Galli dismantles that argument with a simple argument: David repented of his wrongdoings, but Trump never did.

In late December, Christianity Today released its surprising article calling for Trump’s removal. They struck a fair tone, but ultimately made a clear point: