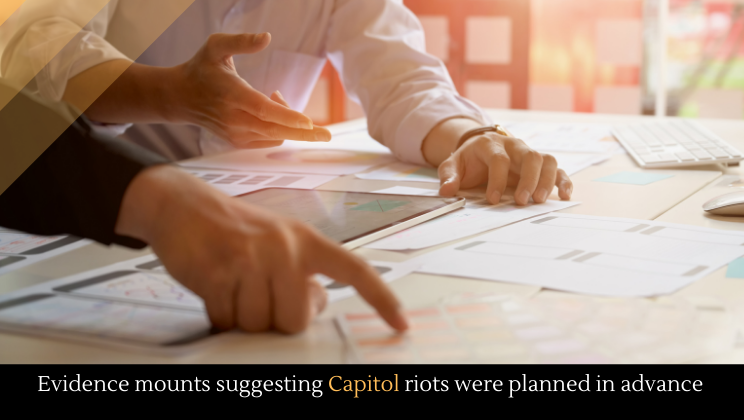 There is mounting evidence suggesting that the Capitol riots were planned in advance. The day before the riots, the FBI overheard chatter around the country describing warlike preparations. There were also maps posted depicting what can only be described as battle plans.

What’s more, a Proud Boy who stormed the U.S. Capitol had bomb-making materials at his home. Perhaps unrelated, but definitely eyebrow-raising: The pipe bombs found at the Capitol were placed the day before, the FBI said, raising questions about how far in advance the January 6 insurrection was planned.