Explosions at Russian base in Crimea hint at Ukrainian counterattacks 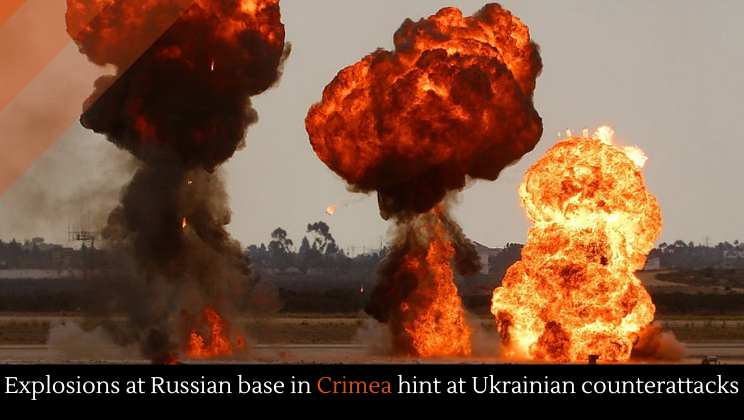 Explosions at a Russian base in Crimea suggest that the Ukrainian army is stepping up its counterassault on the Russian invaders.

President Zelensky has asked his officials to stop sharing military tactics with reporters.

Ukraine is making its first major offensive against the Russians. To help, Ukraine received more rocket launchers from the United States and Germany.