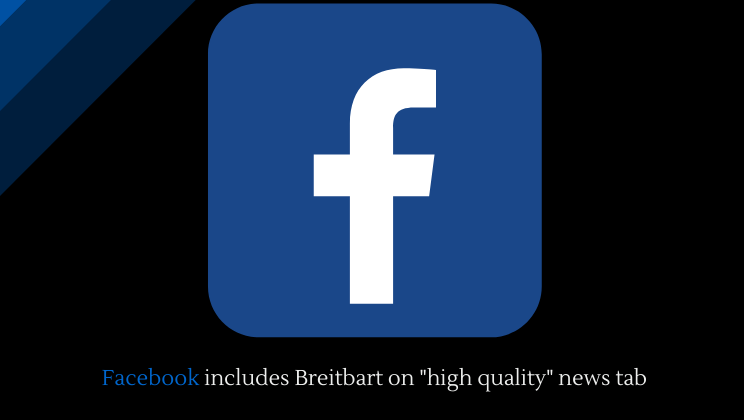 Facebook is facing backlash after it included the infamous news site Breitbart on its new “high quality” news tab. That news outlet has been widely criticized for posting extremist, “alt-right” content and conspiracy theories.