Facebook tried to revolutionize education, instead it sparked a rebellion 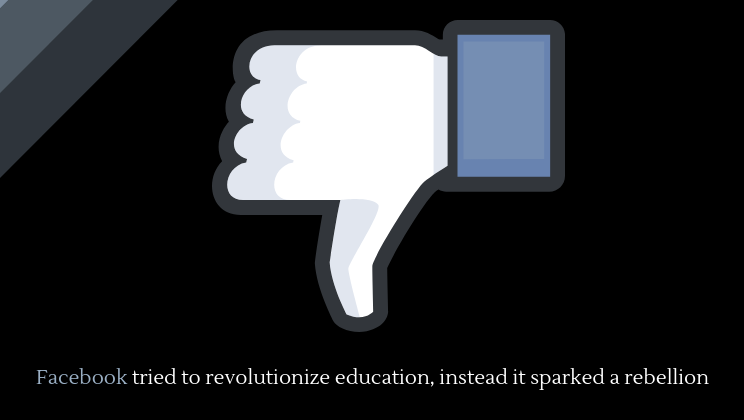 Schools in the suburbs of Wichita, Kansas were failing. They were underfunded, test scores were dropping, and parents and students alike were growing frustrated. So Mark Zuckerberg and his wife Priscilla Chan came to the rescue with their money and their technology.

Their intention was, undoubtedly, good. They funded Facebook engineers to build a program called “Summit,” which empowered students to learn at their own pace online. They’d work in classrooms with the help of teachers when they needed it. Zuckerberg and Chan didn’t charge schools to use Summit.

It was a good idea, and the students and parents were in favor of the bold new program. But eventually, hours a day on computers took their toll on students. Some suffered seemingly small discomforts like headaches and hand cramps. Others suffered seizures. All looked like zombies. They were, in brief, little software engineers in training, plugged into their computers for hours a day. Except not all students are meant for that, something that Summit didn’t consider.

Zuckerberg and Chan, like Elon Musk, have a ton of money and hearts to solve problems. They’re used to winning, and they’re used to people following through with their ideas. It’s natural they’d think the same kind of mentality would apply to other problems, but they don’t. That’s not the real problem, though. The problem is the lack of humility leading them to act so cavalierly with their money and power.

And now, students all over the country using Summit are striking––literally walking out classrooms rather than using the programs. Hopefully Zuckerberg and Chan learn a lesson from this.