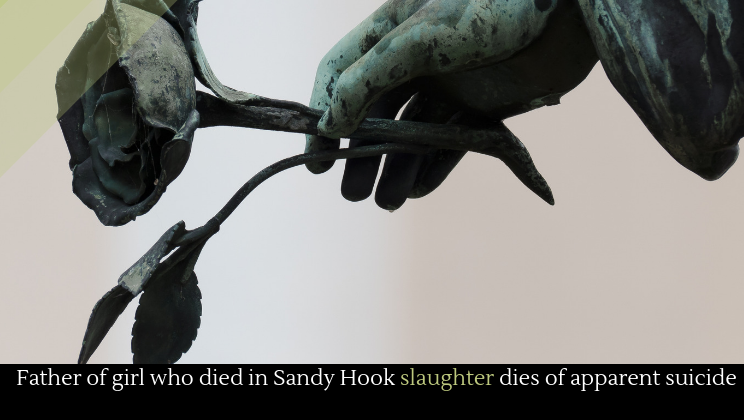 Jeremy Richman, 49, has died of an apparent suicide. His daughter, Avielle, died in the 2012 massacre at Sandy Hook Elementary school––she was only six years old. Richman co-founded the Avielle Foundation, na organization aimed at reducing violent crimes such as the shooting that killed Avielle. Police have not yet confirmed the cause of death, but they have noted that some of the officers that responded to the call about Richman were also called to the 2012 shooting at the school. They also found a note next to the body.

Richman’s apparent suicide comes just days after two teenage survivors of the Parkland shooting took their own lives. Sydney Aiello, 19, took her own life after struggling with PTSD and survivor’s guilt. She also struggled to succeed in college because she was afraid to be in a classroom. A few days later, a sophomore survivor took his own life. Police have not yet released his name nor confirmed that his suicide was linked to the shooting, though it is hard to imagine the shooting is not related to his death.

The rash of suicides indicates that the survivors of mass shootings need continued care and love from their communities, and that the effects of such a tragedy have very long lives.