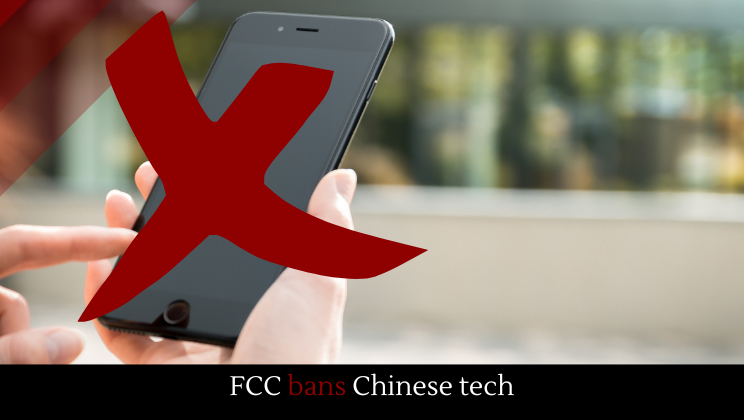 The FCC has banned communications equipment made by Chinese companies Huawei and ZTE.