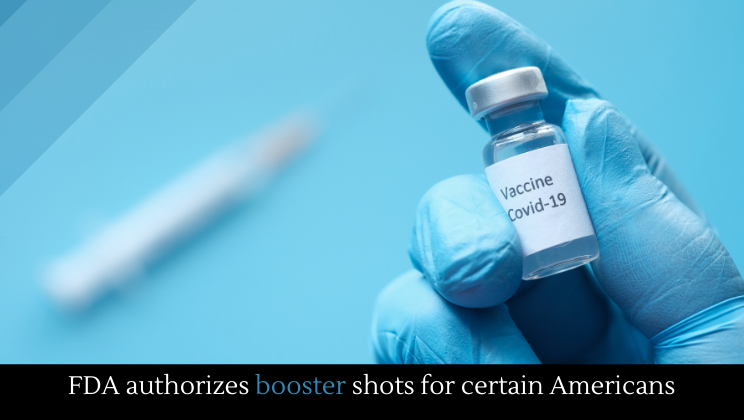 The FDA has authorized booster shots for people over 65 and those at high-risk of severe COVID.