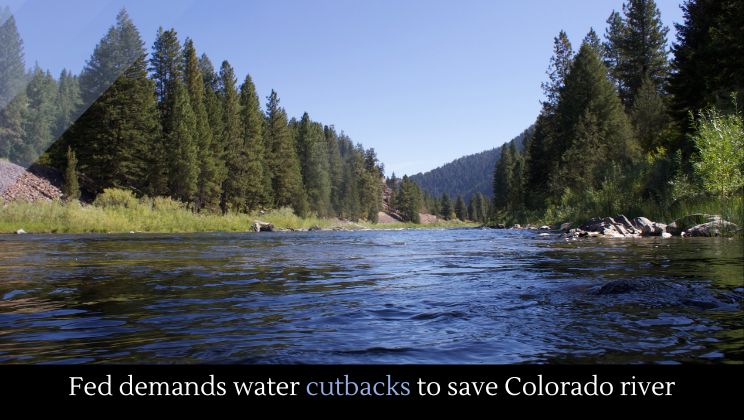 The federal government has demanded a cutback in water usage in Arizona, Nevada, and Mexico in order to stave off a “catastrophic collapse” of the Colorado River.