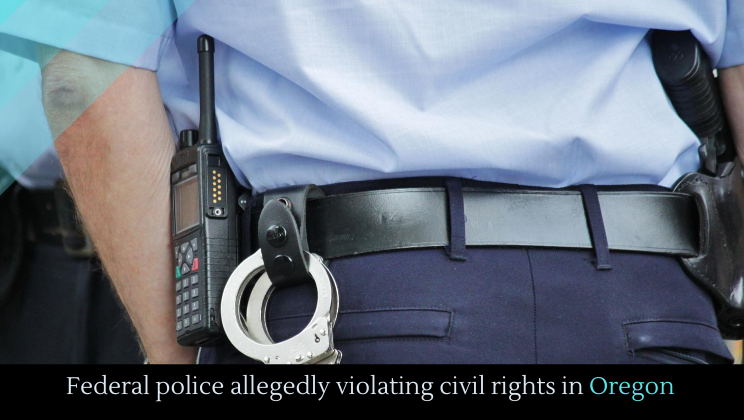 According to an attorney arrested by the federal police in Oregon, said police did not read her her rights, constituting a major civil rights violation.
And now, federal police from the DHS are headed to Chicago, in what is beginning to seem like news reports from the Civil War. Trump already sent federal police to Portland, in what critics are calling an act of political theater: “This political theater from President Trump has nothing to do with public safety,” Kate Brown, Oregon’s Democratic governor, said in a statement. “The president is failing to lead this nation. Now he is deploying federal officers to patrol the streets of Portland in a blatant abuse of power by the federal government.” Protestors reported being very confused about what was going on, unsure of whether the police were real authorities or right-wing extremists.