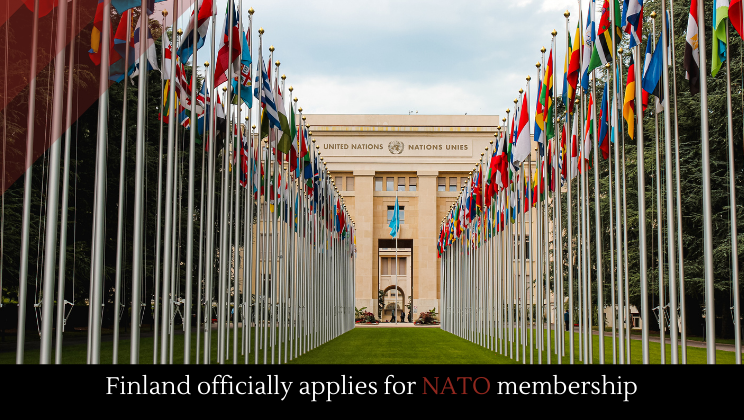 Finland has officially applied for NATO membership. Canada hopes that the UN will ratify the application within weeks.