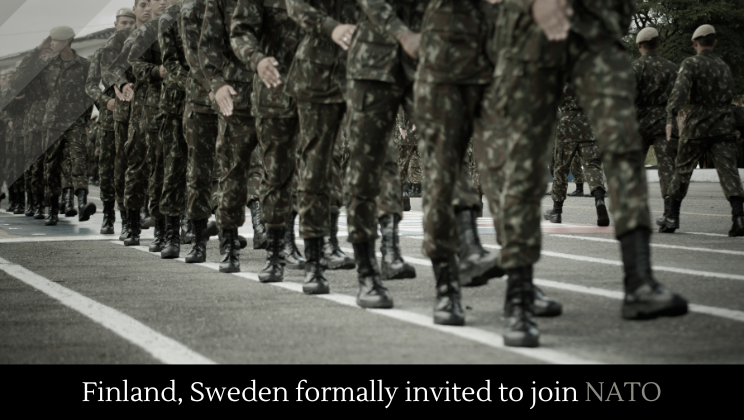 Finland and Sweden have formally been invited to join NATO after Turkey dropped its objection.