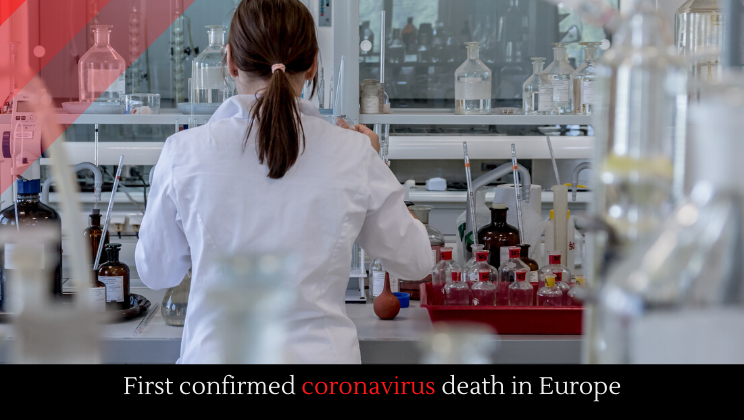 An 80-year-old man from Hubei, China has died in France. His is the first death in Europe and only the third outside China.