First ever photo of a black hole released 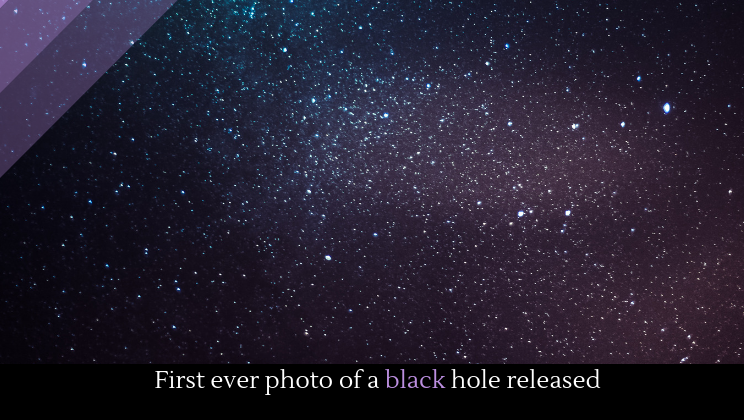 Although the earliest speculations about the existence of black holes date back to the late eighteenth century, those speculations have been limited to mathematical equations and discussions of theoretical physics. Yesterday, the world finally saw proof of their existence in the form of a photograph.

To the untrained eye, the image doesn’t look like much more than a black dot with some red smudges around it. But the mere existence of this image is nothing short of miraculous. It took researchers years to capture and process, a feat made mind-bogglingly difficult by the fact that black holes have such intense gravitational pulls that nothing, not even light, can escape their surfaces. The red smudge situation surrounding the black hole in the image is, in fact, gas emitted by this particular black hole, Messier 87 (M87), a supermassive black hole.

The internet has gone absolutely bonkers––to use the technical term––for this discovery. One scientist in particular, Katie Bouman, has been singled out for creating one of the algorithms that made the discovery possible. Bouman has been careful not to take much credit at all, instead redirecting attention back to the 200-some scientists who have spent years working on the project.