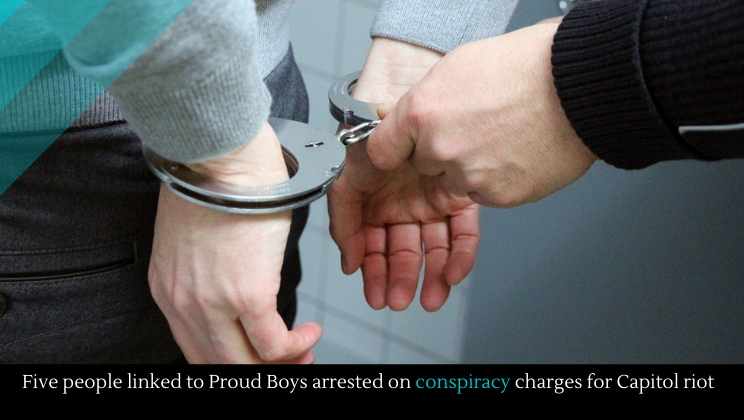 Five people linked with the jingoistic Proud Boys group have been arrested on conspiracy charges for the the Capitol riots.

The “Bullhorn Lady” from the Capitol Riots has turned herself in after learning she was facing criminal charges.