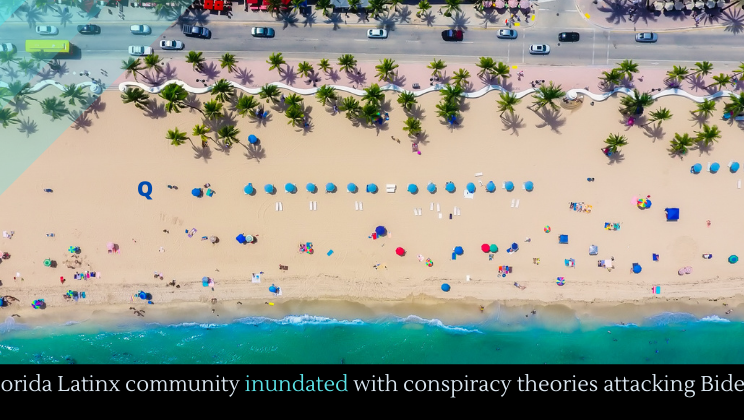 Florida’s Latinx community is been barraged with conspiracy theories either openly attacking Biden or heavily supporting Trump, especially the QAnon nonsense (or, QAnonsense, as some have called it). While it’s hard to say exactly what the outcome of such inundation will do, it’s likely that it will stunt Biden’s growth in Florida and benefit Trump, as was the case in the 2016 election.

Consider also Kanye West’s absurd run for president. Almost immediately, many suspected that West’s allegedly Independent presidential run was a strategy to siphon off black voters from the Democratic party and help Donald Trump. That may sound crazy at first, but consider the fact that key Republican operatives are pushing Kanye to run and helping manage his campaign. At least 6 such operatives have been identified so far.He has admitted that his campaign will steal votes from Biden, though he denies to be a Trump supporter still.