Florida man, initially skeptical of COVID, winds up in ICU 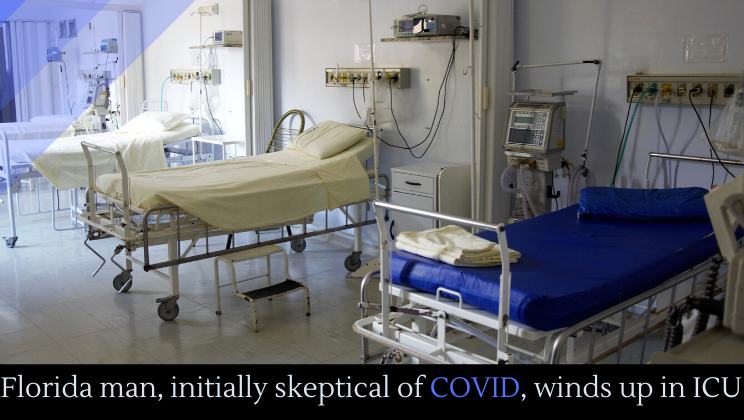 A Florida man who called COVID “hysteria” wound up in the ICU with COVID. Though cynics may tempted to revel in the schadenfreude , this situation will likely be repeated many more times in the coming months, and it will be everybody’s problem.

It’s becoming increasingly obvious that Trump only cares about being reelected in 2020 and not a lick about people falling ill and dying from COVID. His push to open the economy is a ploy to play to his base, but it’s going to backfire. Images from a recent rally––tweeted by Trump––show hundreds of pro-Trump supporters in close quarters and not wearing masks. That makes contracting COVID much more likely.

Although Trump is proudly touting his COVID response and claiming that the number of cases have fallen, a leaked White House report shows that cases are spiking. Rural areas in particularly are suffering––ironically the root of his support––and seeing spikes in infection rates as much as 1000%.