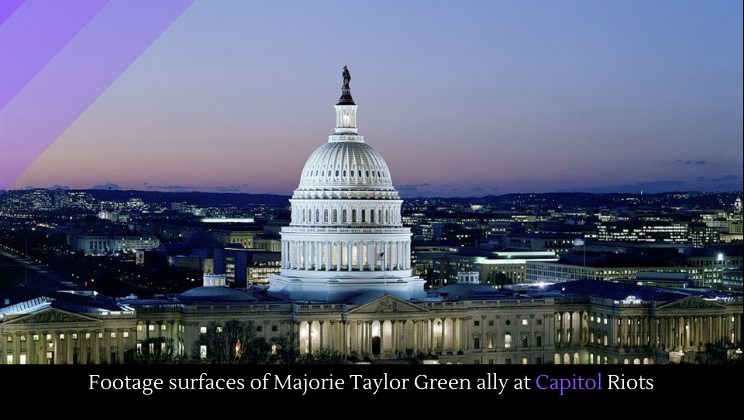 Footage has surfaced revealing that a close ally of beleaguered ally of Majorie Taylor Green was spotted at the Capitol Riots.

Earlier this year, after House Republicans refused to take action on Marjorie Taylor Greene, House Democrats forced a vote to strip her of all committee standings.

The Republican Party is still facing a reckoning following the January 6 insurrection at the Capitol. One member of the party, a former Oklahoma congressmen, has left the party, calling it a “cult.” CNN, meanwhile, accused the GOP of being an empty shell of itself and suggesting that it stood for nothing.

Earlier this year, Louie Gohmert, a Congressman from Texas, has suggested that “violence on the streets is last resort for Trump supporters who hope to get their man in office despite his loss in a, you know, legitimate election.