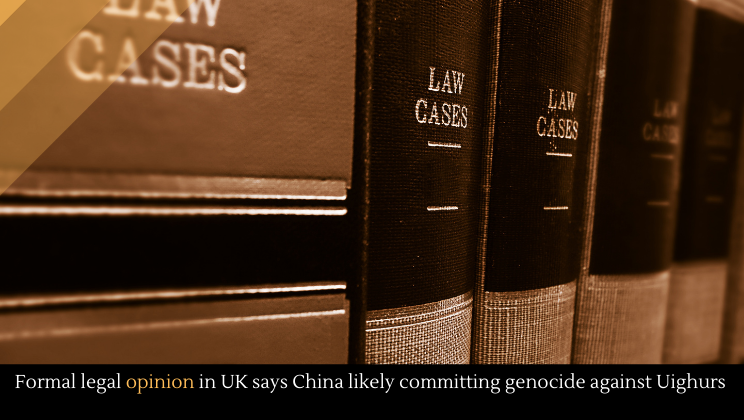 According to a formal legal opinion issued in the UK, there is a “credible case” that China is committing genocide against the Uighur people. According to the BBC, a legal opinion in the UK is a “professional judgement of a respected QC – an independent expert in their field – who assesses the evidence and the law and comes to a conclusion. It does not have a legal standing, like a court judgement, but can be used as a basis for legal action.”

Earlier this week, thirteen MPs from Canada have signed a letter to the International Olympic Committee , urging them to relocate the Olympics from Beijing in protest of the genocide they’re perpetrating against Uighurs.