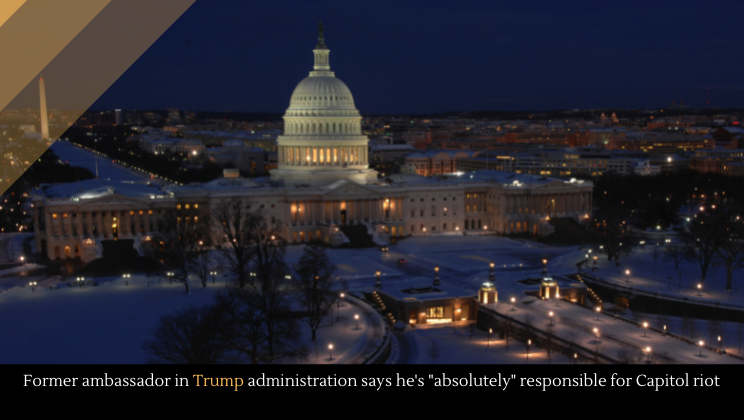 Scott Brown, an ambassador in the Trump administration, has said that Trump’s presidency was “diminished” because of the riots––riots for which Brown says Trump was “absolutely” responsible.

Two police officers are suing Donald Trump for physical and emotional injuries suffered as a result of the Capitol riot. One of the prosecutors investigating the January 6 riots says that Trump could be culpable for the riot since so many of the rioters said they were taking Trump’s orders.