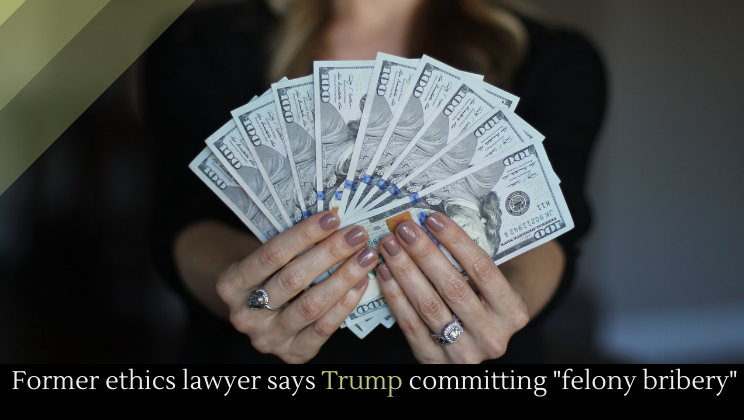 Richard Painter, George W. Bush’s chief White House ethics lawyer, said that Donald Trump seems to be committing felony bribery by giving top Republican senators fundraising money ahead of the impeachment proceedings. The argument could be made––fairly easily––that Trump is attempting to garner favor among the very senators who will act as his jury during the Senate’s impeachment hearings.

Painter tweeted: “This is a bribe. Any other American who offered cash to the jury before a trial would go to prison for felony bribery. But he can get away with it? Criminal.”

Trump supporters will claim that impeachment won’t reach the Senate, and thus this can’t be a bribe. But Nick Akerman, a prosecutor who investigated Nixon, has claimed that the evidence against Trump is even clearer and more damning than the evidence was against Nixon. Specifically, Akerman pointed to the increasing number of Trump aids and officials turning on him.