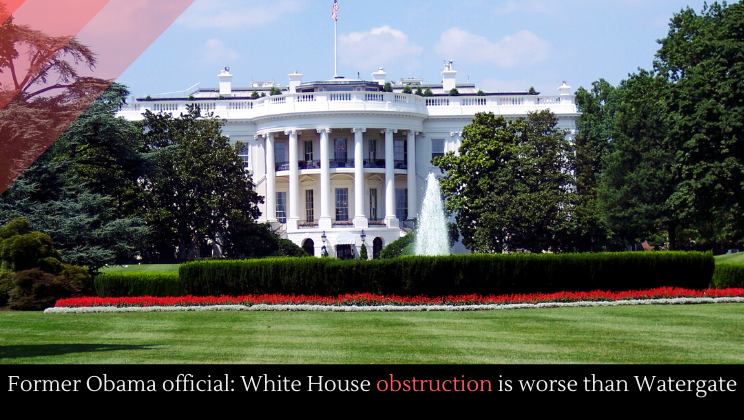 Law professor Neal Katyal, the Obama-era acting solicitor general has said the Trump White House is “engaged in unprecedented obstruction, in many ways even worse than President Nixon during Watergate.”

Trump’s current situation has drawn many parallels to Watergate. Nick Akerman, a prosecutor who investigated Nixon, has claimed that the evidence against Trump is even clearer and more damning than the evidence was against Nixon. Specifically, Akerman pointed to the increasing number of Trump aids and officials turning on him.