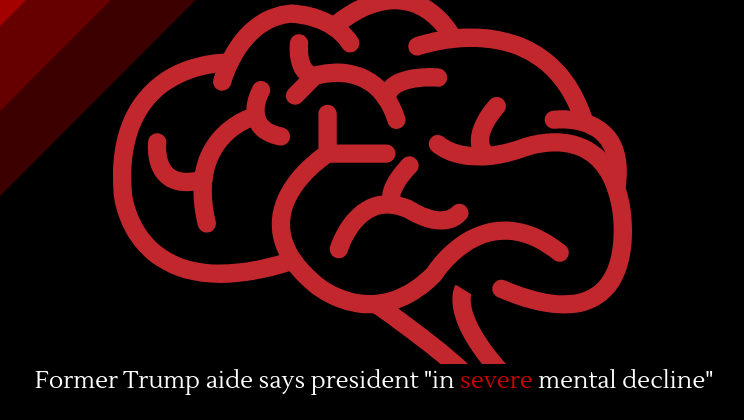 Anthony Scaramucci, who held the position of White House communications director for a whopping eleven days before being fired, believes that “Trump is in severe mental decline” and “won’t make it” to the next election. He says that Trump’s mental state is much worse than it was when Scaramucci last saw him.

“He’s in full-blown meltdown,” Scaramucci said, “it’s like the episodes of Chernobyl where the reactor’s melting down and people are trying to figure out whether they’re going to cover it up or clean it up. I predict he won’t make it to that election; there’s such severe mental decline going on that the most likely outcome here, and I think the proudest outcome, would be to say ‘OK I did a great job, and I’m going to retire at the end of the term.’”

Perhaps this is why the Republican Party plans to cancel GOP presidential primaries and caucuses in four states. If South Carolina, Nevada, Arizona, and Kansas do indeed cancel their primaries, they may effectively kill the chances of Trump’s challengers, who might do a bit better if Trump is obviously insane.