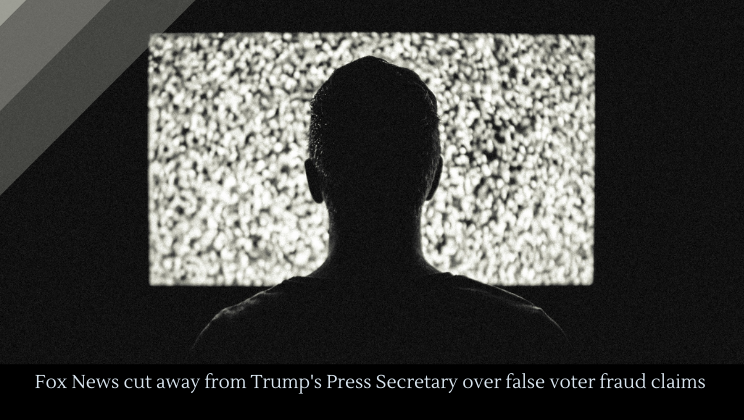 Fox News interrupted Kayleigh McEnany, Trump’s Press Secretary, in the middle of a tirade about alleged voter fraud––a tirade with no evidence. The Fox News host said, “Whoa, whoa, whoa. I just think we have to be very clear: she’s charging the other side as welcoming fraud and illegal voting, unless she has more details to back that up, I can’t in good countenance continue to show you this,” as he interrupted her.