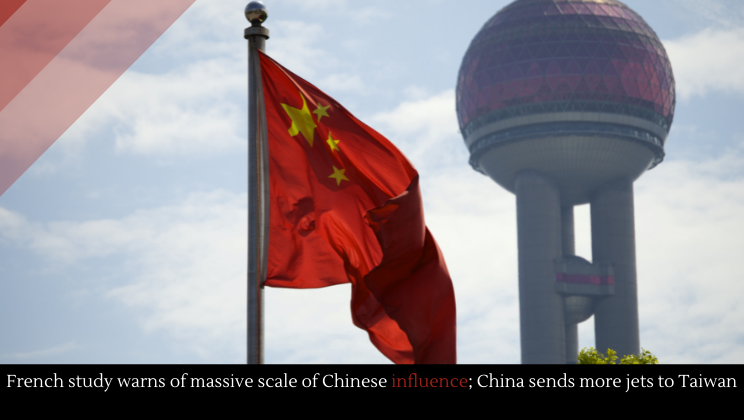 A French study has warned of China’s massive influence around the world––coincidentally just as China sent 24 fighter jets to Taiwan to flex its muscle.

The US Coast Guard spotted Chinese warships off the coast of Alaska last month.

China’s increased bellicosity in recent months has inspired the United States to send dozens of its stealth fighters, the F-22, to the western Pacific for military exercises. Two months ago, China sent a massive force of 28 aircraft into Taiwanese airspace, including nuclear-capable bombers, the largest and most threatening show of force yet.

The Chinese government, angered by recent developments between the U.S. and Taiwan, warned the U.S. State Department to “stop all forms” of official outreach to Taiwan. This might actually signal a warming of tensions, consider a few months ago China was threatening to fly fighter jets over Taiwan if U.S.-Taiwan relations continued to warm. China also threatened “all-out war” if Taiwan fires on the jets. That same time, Taiwan reported the largest incursion by the Chinese air force yet.