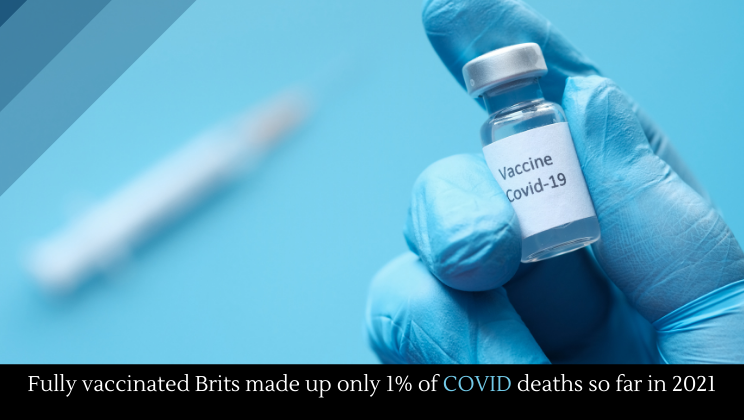 In the first half of 2021, fully vaccinated Brits made up only 1% of COVID deaths, demonstrating the efficacy of the vaccines. According to the WHO, COVID will continue to mutate––just as the flu does––and it’s therefore going to be here to stay.