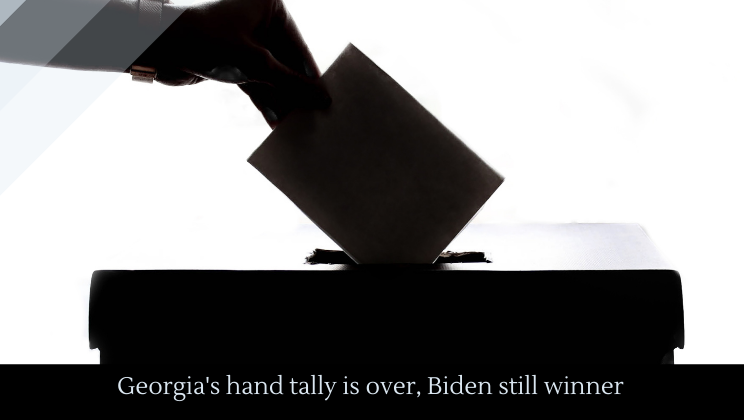 Georgia has finished its hand tally of votes. Joe Biden is still the winner in the state, affirming that he is indeed the legitimate victor of the 2020 election. In fact, Biden won the popular vote by ten million more votes than any other president in American history.