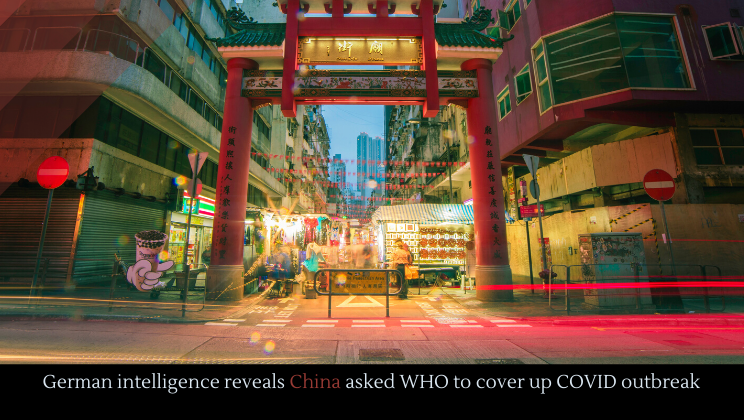 German intelligence has revealed that China asked the World Health Organization to cover up news of the coronavirus outbreak in Wuhan. China’s refusal to admit the outbreak cost the world a full six weeks, which could have led to a radically different unfolding of the COVID outbreak and saved tens of thousands of lives.

While China is using misinformation and PR campaigns to rewrite the story of the novel coronavirus in order to make itself the hero of the whole debacle, Secretary of State Mike Pompeo has said that China will “pay a price” for COVID’s impact.

Although the China first tried to hide the outbreak, it is now flooding the world and its own people with information. Tons and tons of information. All of it, of course, nonsense. The aim is to create confusion to the point that China itself looks good.

Internal Chinese documents agree. According to a recent report, China is worried about an international backlash over the COVID pandemic similar to the backlash that occurred after Tiananmen Square.

COVID is ravaging the economy, and every week things get worse indicate a worse backlash for China. The latest unemployment numbers are in, and the 6-week total has now reached 30.3 million people. According to a New York Times investigation, the numbers may be much higher.