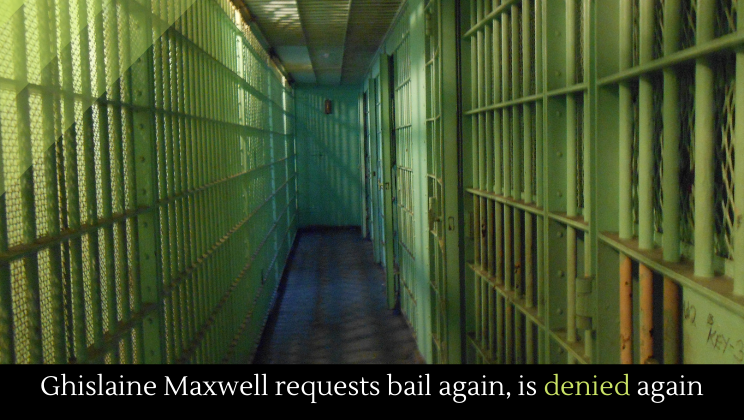 Ghislaine Maxwell once again requested bail and was, once again, denied. The court also refused to hear her complaints of “horrific” jail conditions.