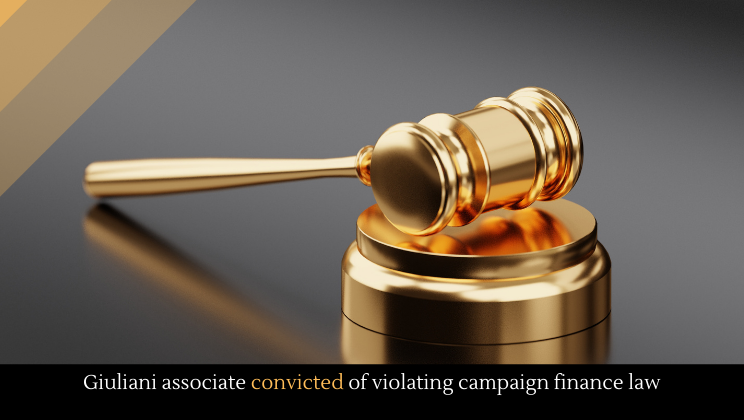 Lev Parnas, a former associate of Rudy Giuliani, has been convicted of violating multiple federal campaign finance laws. Earlier this year, Federal agents executed a search warrant against Rudy Giuliani, in his capacity as Trump’s personal lawyer. They may be particularly interested in how he literally went to the Ukraine to try to help Trump win the 2020 election.

Although it might be the most pressing legal issue Giuliani is facing, it’s not the only one. Eric Swalwell, a Democrat House impeachment manager and homeland security committee member, filed a federal lawsuit claiming that Trump, Giuliani, and Mo Brokes (an Alabama representative) should be held liable for the January 6 capitol riots.

A grand jury is also being convened to possibly indict Trump for his alleged voter fraud in Georgia during the 2020 election. Donald “Grab her by the p***y” Trump may also face allegations of rape––under oath. If he is deposed, his accuser will be there. “I am living for the moment to walk into that room to sit across the table from him,” E. Jean Carroll said, “I think of it everyday.” Additionally While President, Trump earned $1.6 billion in outside revenue and income, and a large chunk of that came from the properties that he himself visited while in office.