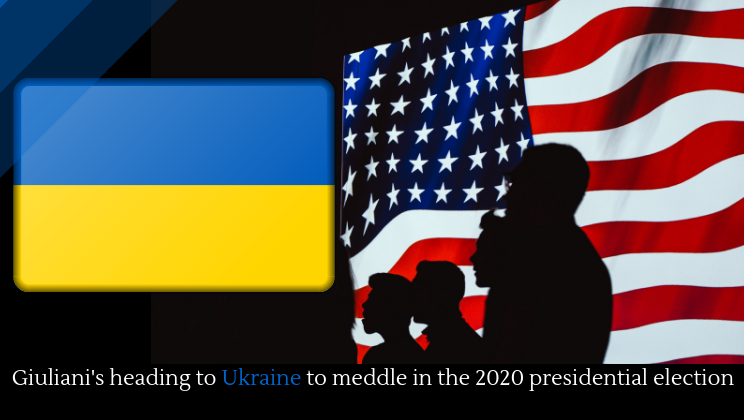 Donald Trump’s personal lawyer, Rudolph W. Giuliani, is heading to Ukraine to pursue two investigations that could help President Trump in the 2020 elections. The first is about the origin of Mueller’s investigation into Russia’s interference in the 2016 election, and the second is about Joe Biden’s son’s involvement in a Ukrainian0owned gas company.

The New York Times summarizes: “Their motivation is to try to discredit the special counsel’s investigation; undermine the case against Paul Manafort, Mr. Trump’s imprisoned former campaign chairman; and potentially to damage Mr. Biden, the early front-runner for the 2020 Democratic presidential nomination.”

Giuliani has noted that, though technically not illegal, his meddling could be seen as improper––though he obviously doesn’t care that much. Critics believe that Giuliani’s actions in the Ukraine amount to yet another election cycle tainted by foreign interference at the behest of a candidate. Adam Schiff said Giuliani’s move was shockingly egregious and took his breath away.

Tim Meyer, an international law expert at Vanderbilt University, has said, “This is the first instance of which I am aware in which a private lawyer for the president of the United States has, in his own words, ‘meddled’ in a foreign criminal investigation of a third party in order to politically benefit the president.”