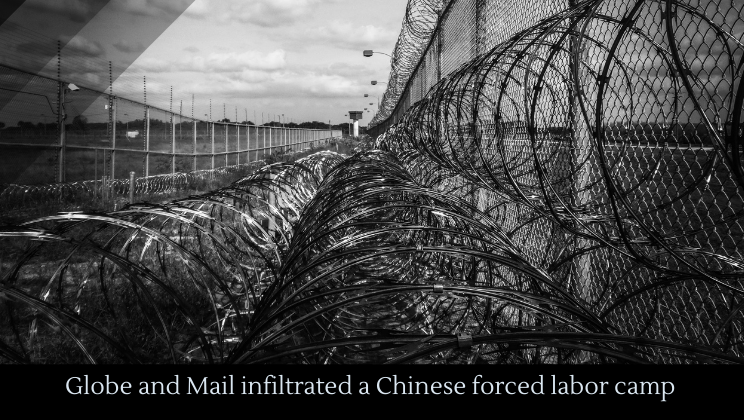 China has denied using forced labor camps in the Xinjiang province. So, the Globe and Mail investigated. And, what did they find? Surprise, surprise, they found what certainly looks a lot like forced labor camps.

Chinese tech giant Huawei tested an AI face-detecting software that finds Uighur people and alerts the authorities, according to the company’s own internal documents. This is alarming news, as it shows Beijing is using using all of the tools at is disposal to hunt down the beleaguered minority group.

Pope Francis’s new book contained a long-awaited, if too subtle, condemnation of Beijing’s treatment of religious minorities, especially the Uighur people. As part of its “re-eduction” of the Uighur people, Beijing is forcing them to eat pork, a major violation of their religious beliefs.

This summer, a recent report out of Australia revealed a shocking number of global companies have been exploiting the Uighur forced labor camps set up by the Chinese government. Here are just some of those companies: Abercrombie & Fitch, Amazon, GAP, H&M, Nike, Jack & Jones, Sharp, Siemens, Skechers, ASUS, Apple, Samsung, Huawei, BMW, Volkswagen, Sony, Polo Ralph Lauren, Puma, Victoria’s Secret, Vivo. Many of those companies are now lobbying against a congressional bill that would crack down on the importation of goods made by forced labor in China.