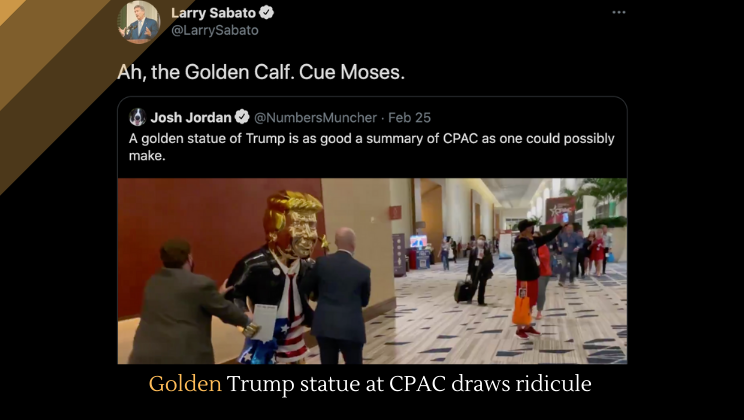 A golden statue of Donald Trump made an appearance at the annual Conservative Political Action Conference (CPAC), drawing immediate criticism and comparison to the Golden Calf of Exodus. University of Virginia Center for Politics founder and Director Larry Sabato tweeted:

The even greater––or at least more immediate––irony is that while President, Donald Trump earned $1.6 billion in outside revenue and income, and a large chunk of that came from the properties that he himself visited while in office.