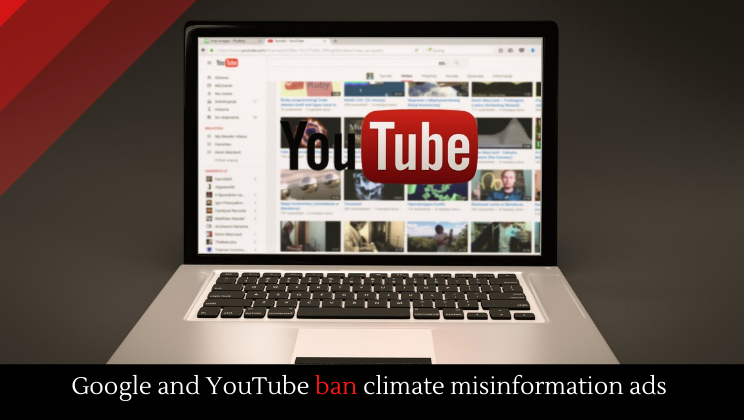 Google has announced it will stop running ads on YouTube channels that deny climate change, effectively cutting off revenue for content creators capitalizing on misinformation.