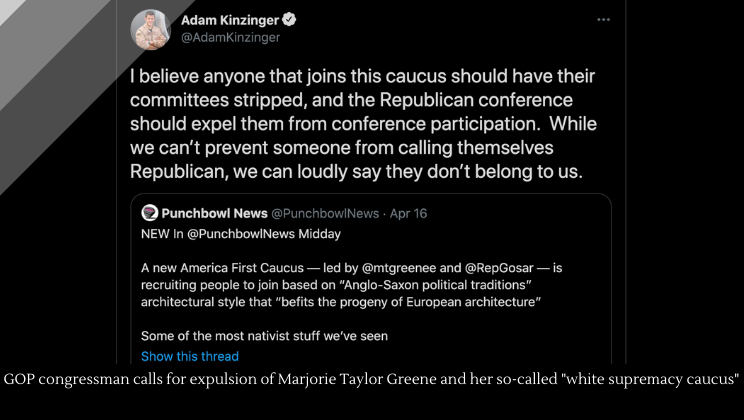 I believe anyone that joins this caucus should have their committees stripped, and the Republican conference should expel them from conference participation. While we can’t prevent someone from calling themselves Republican, we can loudly say they don’t belong to us. https://t.co/ULEF5MRyWf