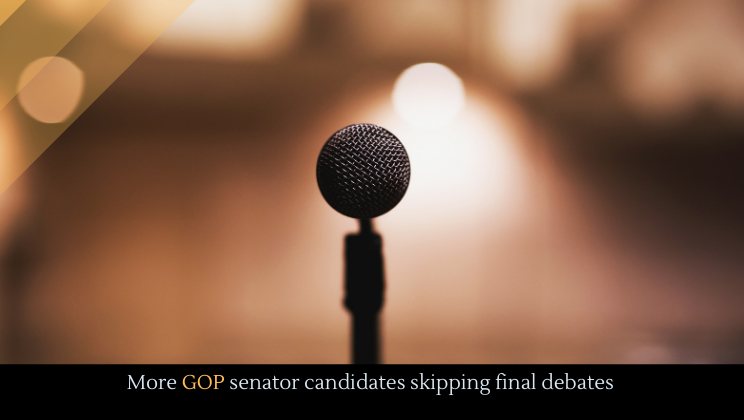 It started when the Georgia Senator up for reelection this term will skip the final debate after his rival’s recent attack during a forum went viral. Now, news has broken that a host of other GOP senators in other states are skipping their debates: Louisiana, Mississippi, and Maine candidates are also bailing.

“Perhaps Sen. Perdue would have been able to respond properly to the Covid-19 pandemic if you hadn’t been fending off multiple federal investigations for insider trading,” Georgia Democrat candidate Jon Ossoff said. “It’s not just that you’re a crook, senator. It’s that you’re attacking the health of the people that you represent.” Boom, as they say, goes the dynamite.