The GOP is terrified of losing the Senate 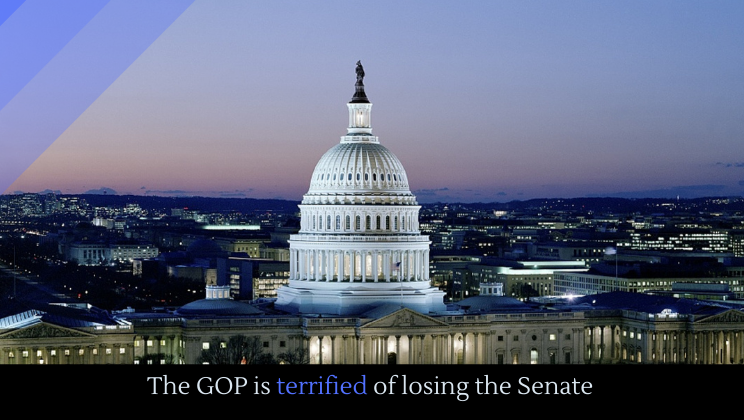 The GOP is terrified of losing the Senate, and it appears they should be.

It started when the Georgia Senator up for reelection this term will skip the final debate after his rival’s recent attack during a forum went viral. Now, news has broken that a host of other GOP senators in other states are skipping their debates: Louisiana, Mississippi, and Maine candidates are also bailing.

“Perhaps Sen. Perdue would have been able to respond properly to the Covid-19 pandemic if you hadn’t been fending off multiple federal investigations for insider trading,” Georgia Democrat candidate Jon Ossoff said. “It’s not just that you’re a crook, senator. It’s that you’re attacking the health of the people that you represent.” Boom, as they say, goes the dynamite.

According to a new Monmouth University poll, Joe Biden has a five-point lead over Donald Trump in Georgia, a state no Democrat has won since 1992. Although not statistically significant, this lead does signal that Biden poses a threat to Trump and the GOP in general.