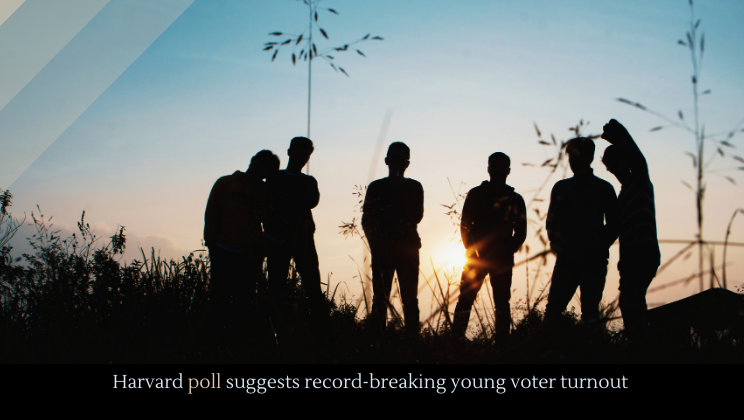 A Harvard poll indicates that young voters’ turnout broke records this year. These younger people are largely pro-Biden, and their large numbers point to their zeal. The pro-Biden  Texas Democrats are pushing the vote, trying desperately to turn the state Blue for the first time in 44 years. One of the biggest demographic hitting the polls this year were, unsurprisingly young voters.

According to a poll by the Dallas Morning News and the University of Texas at Tyler, Joe Biden held a three-percent lead over Donald Trump going into yesterday’s election, with 48% of voters supporting Biden to Trump’s 45%.

All sorts of polls pre-election polls showed that Trump was in trouble. One suggested that 49% of Americans think Trump should be criminally investigated (I can’t believe that’s even a thing I’m writing right now) after he’s out of office. Another poll said 56% of Americans don’t think Trump deserves reelection. A third poll says that Trump is in a lot of trouble if America’s young voters actually show up to vote.

But the polls said otherwise. Joe Biden had a 91% chance of winning the electoral college, according to an Economist forecast. Biden had a twelve percent lead over incumbent Donald Trump, the highest lead of any challenger since scientific polling began in 1936. The majority of voters––some 57%––thought Trump has not paid his fair share in taxes, indicating just how bad things were looking for Trump.