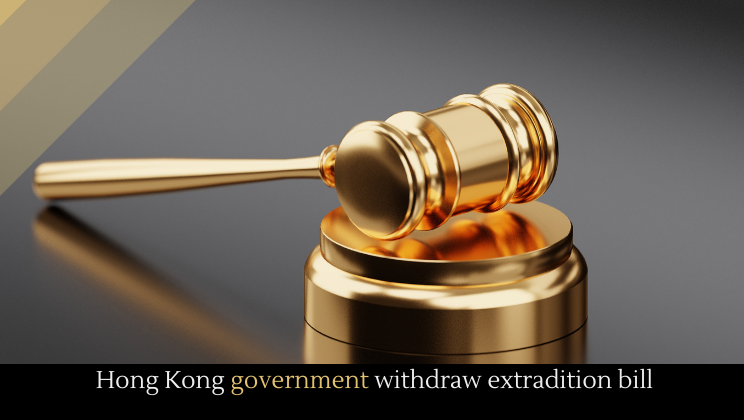 The Hong Kong government has withdrawn the extradition bill that began a months-long series of protests.