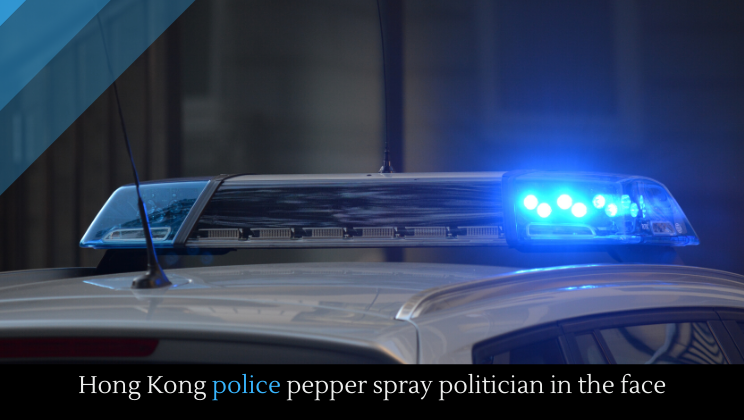 During a recent march, Hong Kong police removed a politician’s goggles and pepper sprayed him directly in the face.

Hong Kong protestors wanted to end 2019 with several protests and to usher in 2020 with a massive march. The New Year’s Day march was cut short, however, by a huge spate of over 400 arrests sparked by violent protests.

January 2020 will mark some seven months of protests in Hong Kong. To commemorate the six month anniversary of the protests, 800,000 Hong Kong citizens took to the streets in a peaceful march.

“If the government still refuses to acknowledge our demands after today, we should and will escalate our protests,” said one protestor. It is unlikely that Beijing will acquiesce, however, since the Chinese government has worked hard to discredit the protests.

China is walking a fine line between soft autocracy and full autocracy. The social credit system is basically a dystopian nightmare. It turns the population of China into its own Big Brother, with citizens watching over their peers and themselves to ensure social conformity. That’s soft autocracy. But the revelation that the state has been using bird-shaped drones to surreptitiously spy on their citizens. That’s full autocracy. From the article: “The bird-like drones mimic the flapping wings of a real bird using a pair of crank-rockers driven by an electric motor. Each drone has a high-definition camera, GPS antenna, flight control system and data link with satellite communication capability.”